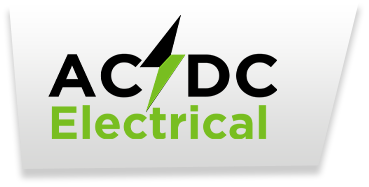 You should feel the safest and most comfortable in your house. Sadly, electrical issues will arise for every homeowner eventually. While many of the most common electrical issues are harmless, others constitute a serious safety danger. We thought we’d give you a rundown on ten typical electrical issues to maintain your property as safe as possible (and spare you some major aggravation).

There’s a good possibility you’ll run into one (or more) of these electrical issues, and if you know how to solve the problem quickly and efficiently, you’ll have a greater chance of doing so.

At ACDC Electrical, client safety is our top priority. In this blog, we’ll discuss how to keep you safe when these 10 common electrical problems around the home arise. However, it is crucial, in our opinion, to inform householders of the risks associated with electrical issues.

Here are the 10 common electrical problems around the home that every homeowner encounters on a regular basis. We’ll explain to you how to handle these situations without taking stress and when to contact the best electricians for these problems.

Anything from lightning strikes, damage to power lines, malfunctioning appliances, and poor electrical wiring in the Home can result in electrical surges. Even though a surge only lasts for a nanosecond, numerous surges can seriously shorten the life expectancy of the electrical components linked to your Home.

If you often suffer electrical surges, one of your Home’s electrical systems or the wire itself is probably to blame. To test whether it stops the surges, try taking any flimsy appliances or power boards out of the outlet. If not, it might be time to speak with a licenced electrician.

Dips and Sags in Power

Electrical surges, sags, and dips are usually triggered by devices linked to your power grid malfunctioning or constructed of inferior materials that use a lot of energy when turned on.

Operating many large appliances at once can also cause sags and dips, particularly if they are old and require a lot of power.

Power outages can also impact the heating and cooling systems in your home since they have to work more to keep your home at a comfortable temperature, which increases your energy costs.

Unplugging unused appliances is the greatest approach to avoid electricity spikes and dips. However, appliances can be plugged into power strips that can be turned off while not in use. Doing this allows you to switch off the electricity without worrying about unplugging everything.

Loose wiring is one of the most prevalent electrical issues that homeowners encounter. Electrical tape should be used to secure cables since loose wires might start fires. Insects and water cannot enter wires thanks to electrical tape. As wires can get frayed or exposed over time, which can cause fires, loose wires typically result from wear and tear. Because electrical currents can flow back into the electrical system, causing circuit overloads and ground faults that can trip circuit breakers and possibly start fires, a lack of a ground connection can result in further issues.

Receptacles that are not grounded can potentially overheat and catch fire. If necessary, such circuits should be investigated and changed if they exist in your Home.

Your Home is protected from electrical overloads by a circuit breaker. The breaker automatically turns off when an excessive amount of current is pulled from the circuit. Electrical circuit breakers should never be accidentally tripped since this could result in a hazard. Fortunately, turning a circuit breaker back on usually solves the problem quickly.

If you’ve recently moved into a new home and discover switches that don’t seem to do anything, this could indicate that the switches have been replaced. The fixtures have been taken out, or it could be a problem with the outlet, circuit, or wiring. If switches in your Home are giving you trouble, speak with an electrician.

Flickering of the light fixtures and fading of the light output might be brought on by excessive voltage surges, loose connections, or poor wiring. Additionally, outdated and ancient electrical equipment can bring malfunctions, dimming, and flickering. In older homes, wiring frequently degrades over time, creates problems, and needs to be replaced. Additionally, outdated light fixtures nearing the end of their useful lives may cause the lights to dim or flicker and need to be replaced.

You can solve the issue by switching to a smart power supply instead of the current one. These power supplies keep an eye on the voltage and current levels inside the supply and adjust them as necessary.

Dimmer switches and motion sensors can be used with CFLs and LEDs to prevent voltage spikes before they damage the lights. Correct light fixture installation and comprehensive, competent wiring are key to maintaining your electrical equipment and preventing damage and pain.

While you would assume that repeatedly burning out light bulbs is simply a result of overuse, this could signify something far more serious. You can actually have a loose connection in the circuit or the socket.

Insulation may be creating overheating in your recessed lights if they break down often. These fixtures are built to shut off to prevent fires. You should call an electrician to check the situation if you’re replacing light bulbs left and right since you could be perilously close to an electrical fire in your Home.

Although there is little danger from a severed or damaged extension cord, it should be fixed as quickly as possible. Start by unplugging the cord from both ends. After that, remove the old plug. After that, gently score the insulating jacket of the cord and peel it back. After that, you should use a wire stripper to remove each wire, ensuring to twist each one securely at the end. White to the silver screw, black to the gold screw, and green to the green screw should all be screwed into the back of the plug. After that, secure the cables before plugging them in.

What are some typical issues with electrical systems?

The following five common electrical system issues that everyone encounters are as follows:

What smell does an overloaded circuit have?

If you’re looking for the best electrician to solve any of the 10 common electrical problems around the home listed above. Call us right now at 0422 874 011 for any additional information. Read More »
Get A Free Quote